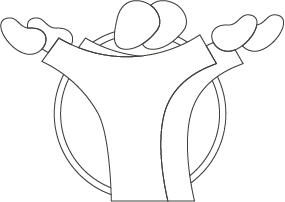 In 1976, Auxiliary Bishop Leonard Crowley asked the Jesuits to establish a centre where the laity could go to deepen their spirituality and learn to accompany others on their spiritual journey. Jack Belair, SJ, superior of the Jesuit community at that time, responded to this request by donating 4567 West Broadway for this purpose.

This property was built in 1910 and was the first house on the unpaved West Broadway Street, near the future Loyola College and High School. It originally contained two separate apartments and had a large garden. After the First World War it became a rooming house for individuals who worked at the College, and for a period of time was occupied by the St. Ignatius Elementary School.

Bob Chase, SJ, became the first Director of the newly created Ignatian Spirituality Centre of Montreal. The Centre formed a natural connection with several priests and religious who had made the 30-day Spiritual Exercises of St. Ignatius and who felt called to introduce this type of retreat to others, especially to the laity. With support from their mentor, Gilles Cusson, SJ, this group became known as Montreal Directed Retreats and has been closely affiliated with the Centre since its inception.

Along with Chase, John Wickham, SJ, who became the director in 1977, formulated the two-fold purpose of the Centre:

The Centre’s first graduates were accredited in 1990. Since then, over 36 groups have completed the formation.  Today, over 85 active accompaniers offer over 4,650 hours of direction yearly, both in-person and virtually.

Volunteers play a prominent role at the Centre. In addition to administrative tasks, event planning, and formation, we rely on their generosity to provide spiritual accompaniment at no charge to retreatants. However, people wanting to express their gratitude by means of a financial contribution are encouraged to make donations to the Centre.  This support and that of the Pillars Trust Fund, has allowed the Centre to operate for almost 50 years.